UPDATE: Electroland has released a video of the fabrication and installation process, and it’s beautiful! I just finished nine months of work on a major installation that was designed, built and programmed by Electroland as the entrance for a large media company. My role included writing thousands of lines of code, overseeing the development and installation of tens of thousands of LEDs and 4.7 MILES of cables, generating hundreds of pages of schematics and instructions, developing content templates for multiple teams of artists, research, testing and installation of obscure broadcast and industrial automation systems, and working on the immersive and interactive show/experience. Features include two separate, purpose-built machine vision systems, and show control and interaction systems designed for stadium-sized concert venues. Construction of this project was made possibly by detailed computer drawings that were directly translated into thousands of CNC’d metal and plastic parts. Many more details will be released after the official opening- stay tuned. In the mean time, here’s a great video by the folks at IronClaw, and a gallery of photos! [jwplayer mediaid=”549″] It’s been a very intense 9 months, but here’s my baby: 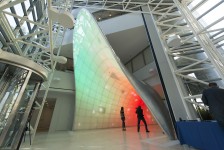 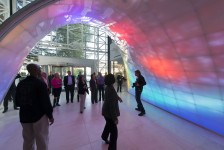 A parody of our own initial pitch renderings 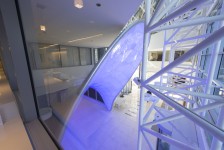 From the 2nd floor 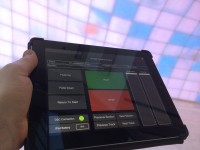 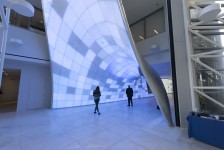 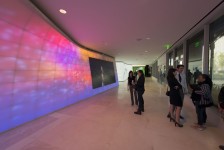 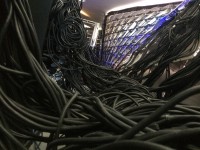 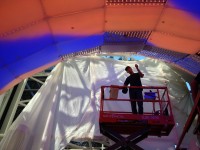 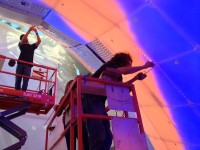 Every inch of this thing had to be lovingly tweaked

The drop-cloth didn’t really hide it well at night 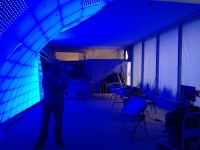 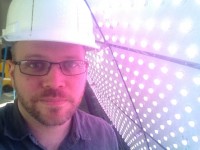 Tired and wounded, but well lit. 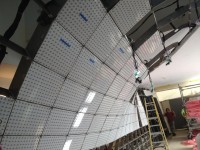 Before the diffuser panels 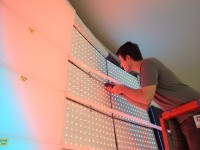 Don’t do any of these things on the lift.

No comments so far.